Marius Hills Skylight is a large deep pit formed from a lava tube ceiling collapse. The entrance to a lava tube cave is indicated by a large overhang at the pit’s northeast side. Mineral resources in the surrounding area have been postulated for surface mining. The potential for long term habitation and settlement within the protection of the lava tube form the basis for economic development of the site.

LEAP2 remote sensing goals are to conduct measurements for understanding the regional geology, topographical and morphological characterization, and distribution of potential mineral resources for mining. Characterization of the pit, slopes, and landforms is crucial for determining field traverses and approach routes to the skylight. 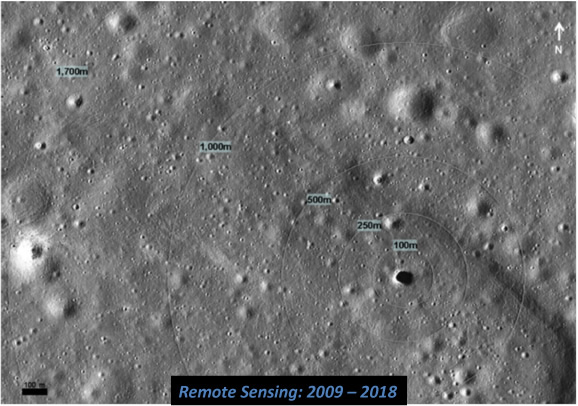 The LEAP2 approach for “first contact” with the site adheres to the need to probe the inherent science, preserve the fidelity of that science, work within the intent of the planetary protection protocols, and also work toward long-term monitoring prior to the necessary development of the lunar environment. 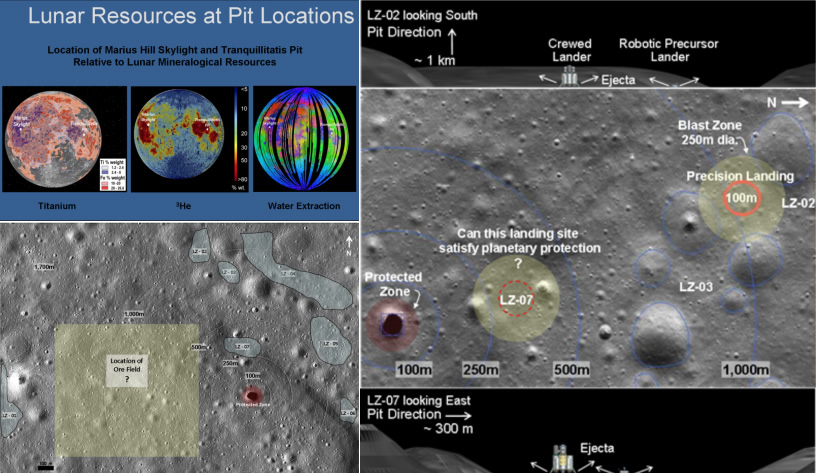 One of the first challenges for reconnaissance at the Marius Hills Skylight is getting instruments, payloads and eventually astronauts down the pit hole and then back out in an unobtrusive manner which maintains integrity of the initial pristine site for science investigations. LEAP2 is developing a robotic concept for a grappling and anchoring platform to enable offloading of instruments and payloads for access to subsurface features in planetary cave exploration. Subsystem architecture elements are comprised of a transport platform, harpoon system, deployable mast, intelligent zipline, trolleys, and resources subsystems. 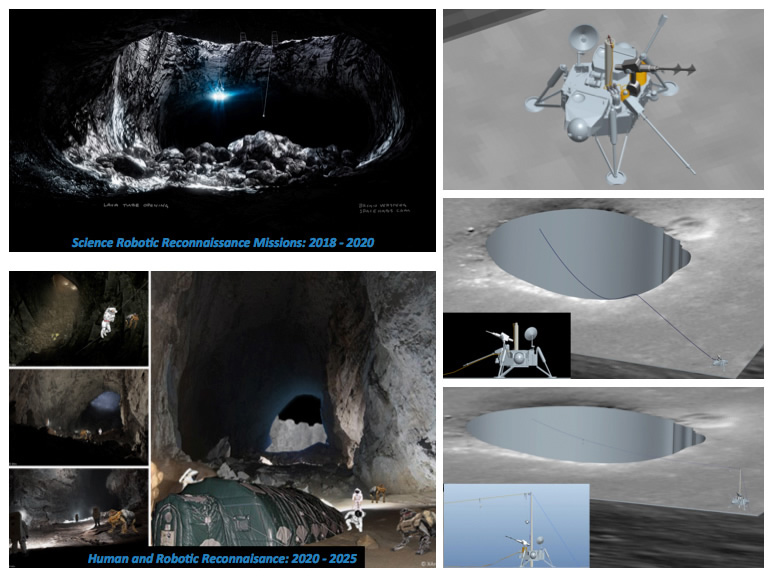 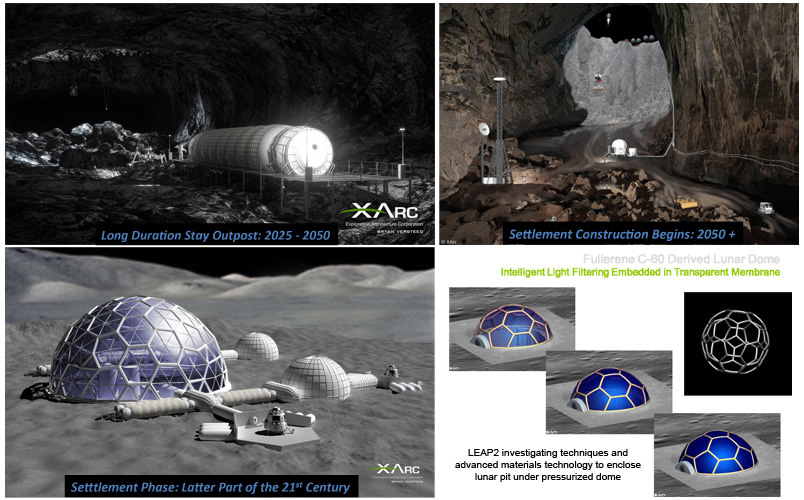 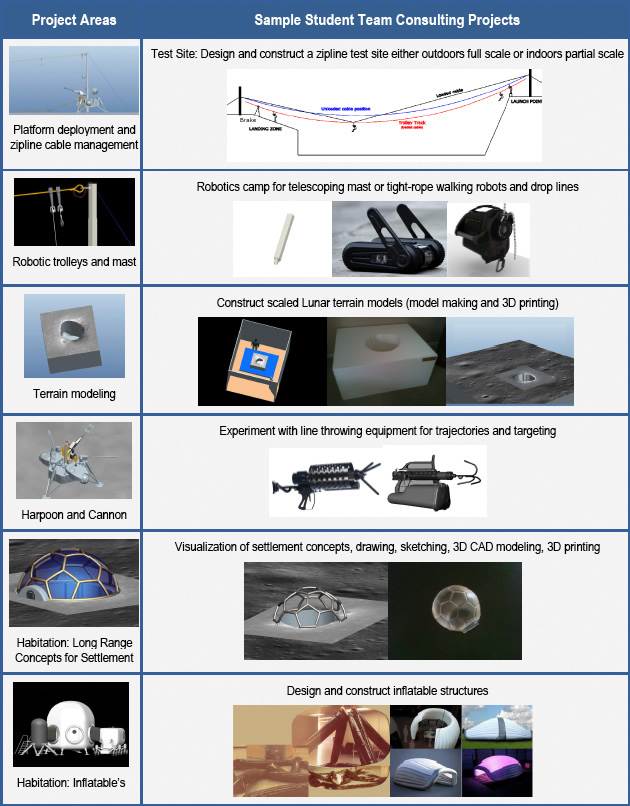 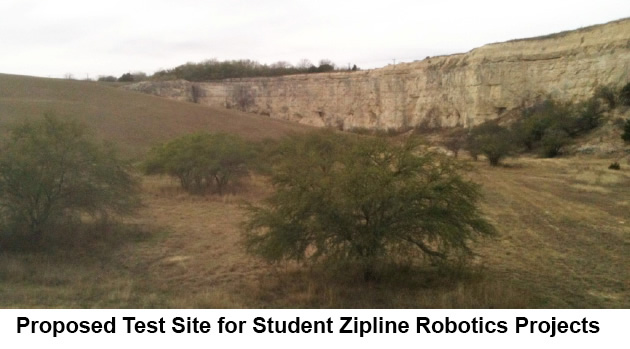